It’s a problem that no one ever wants to deal with, wants to have to face, or be confronted with, but at some point in the lifespan of your bathroom, there’s a possibility that your toilet will start to smell.

Even though most of us are used to the way that toilets can, and do smell, which is an everyday problem that’s easily solved with some toilet cleaner and a brush, there are times when no matter how hard you scrub with the brush or how much toilet cleaner you use, the smell emanating from your toilet just won’t go away. 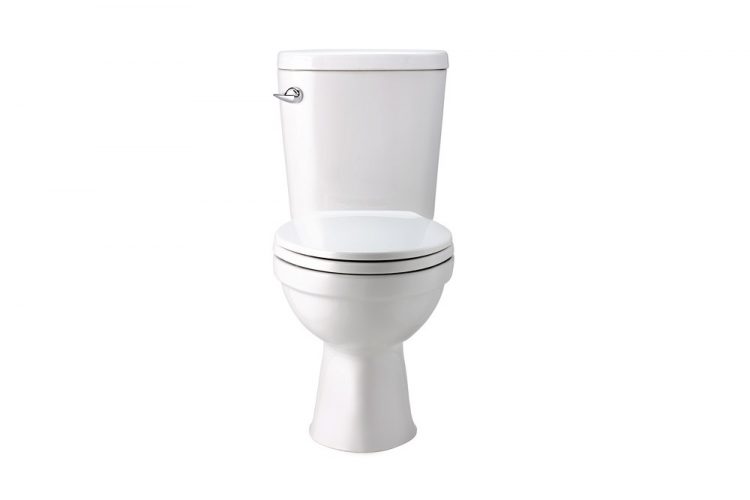 Smelly toilet syndrome is an issue that can befall any of us, at any given time and while there a number of different reasons why it can happen, the three most common are a build of bacteria in the water of the toilet, a blocked or faulty p-trap (the “U” shaped pipe that stops sewer gases from entering and emerging from your toilet or sink) or the seal where your toilet joins the sewer being broken.

While they’re not always the cause of a toilet starting to smell, they are the first things that a plumber will usually look at, and attempt to fix if you can them out to combat and eliminate any toilet-related odor problems.

How Do I Get Rid Of The Smell In My Toilet? 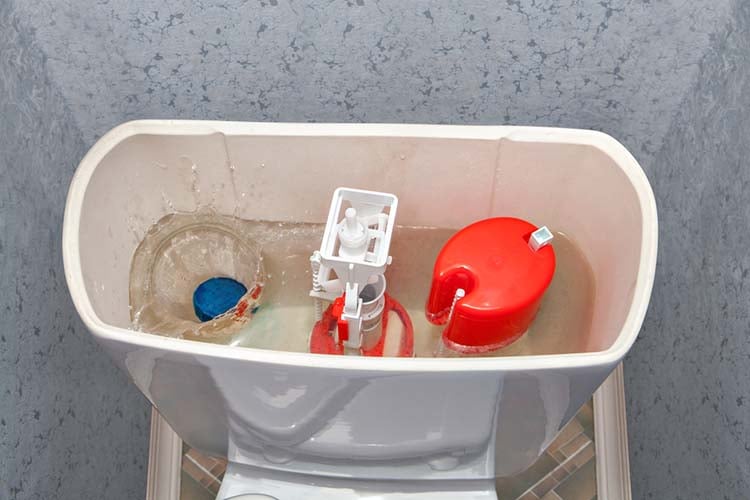 Returning your toilet to its natural odor-free condition may not even involve calling a plumber. Unless there is some major clog or problem with the pipes, there are a few methods that can easily get rid of the smells that can plague, and linger around, a toilet. And the first place to start, is, believe it or not, the toilet tank.

The easiest way to clean the toilet tank is with white vinegar. The most common solution has always been to pour half a cup of white vinegar into the toilet tank and scrub it thoroughly, but we think that if the smell has become bad enough for you to attempt to use this method, you’ll want to get thoroughly stuck in and make sure that you get rid of the smell as quickly and efficiently as possible.

As soon the tank is full, scrub it again and when you’ve finished scrubbing it, flush the toilet again. Add another cup of vinegar as the tank begins to fill up, give the inside of the tank another quick scrub and flush it again. The third time is always a charm and ensures that the tank is thoroughly clean and won’t stink like urine for the foreseeable future.

It isn’t just the tank that can smell though, the bowl can also be responsible for generating some lingering smells that conventional toilet cleaners just can’t shift. That’s when you need to get tough with the bowl, and the simple way to do it is with a paste made from lemon juice and baking soda. 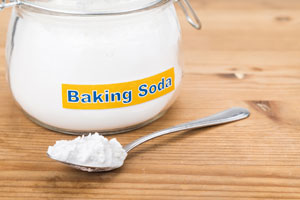 Mix the two together until they have the consistency of waffle batter, then add a tablespoon of white vinegar and continue to stir it until the vinegar is completely absorbed into the paste. Spread the paste inside the toilet bowl, just under the rim, leave the paste in place, make yourself a cup of coffee and once you’ve finished your cup of joe, scrub the bowl of the toilet and flush it.

You might need to repeat this process a couple of times, but when you’ve finished, your toilet will smell as fresh as a meadow.

How Do I Get Rid Of A Sewer Smell In My Bathroom? 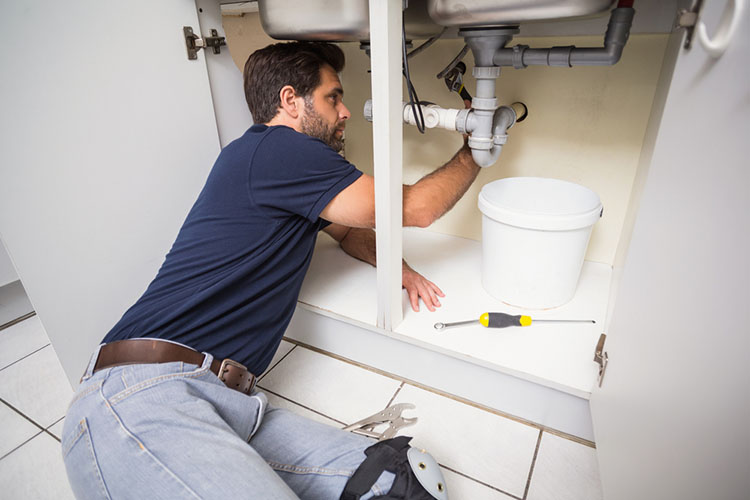 A commonly held misconception is that a sewer smell in the bathroom has to be coming from your toilet, and that isn’t always true. Check out this article on possible reasons why your bathroom smells like rotten eggs. There we explain the three most common reasons.

The most coming can be coming from the “p-trap” underneath your sink or the drain in your bath or shower.

The easiest way to deal with the problem is by pouring a bottle of drain cleaner down the bath and shower drains, It usually takes around twenty-four hours to be fully effective, so if a day later your bathroom is odor-free, you’ve eliminated the problem,

If it isn’t, try removing the p-trap from underneath the sink unit (it’s designed to easily unscrew, and be fastened back into place), clean it thoroughly, and replace it.

If this doesn’t work, and the smell persists, you’ll need to call in a professional to help you find and eradicate the cause of the smell. Be prepared though, as this last resort can be costly, but it will be worth it.

Is A Sewer Smell In A House Dangerous? 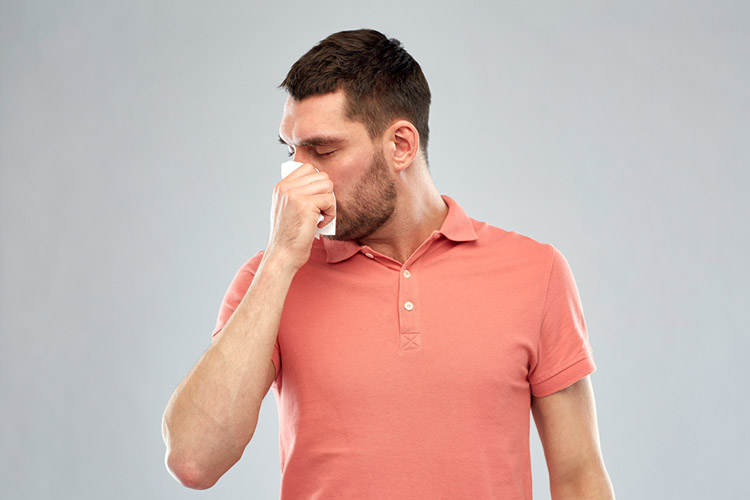 The short answer is yes and the longer answer is, yes it is. A lingering swerve or sewage smell is usually caused by a build-up of sulfur, which can cause nausea, dizziness, vomiting, and if left unchecked and left to persist, can even result in hydrogen sulfide poisoning, which in extremely rare cases can be fatal.

How Do You Tell If Your Sewer Vent Pipe Is Clogged? 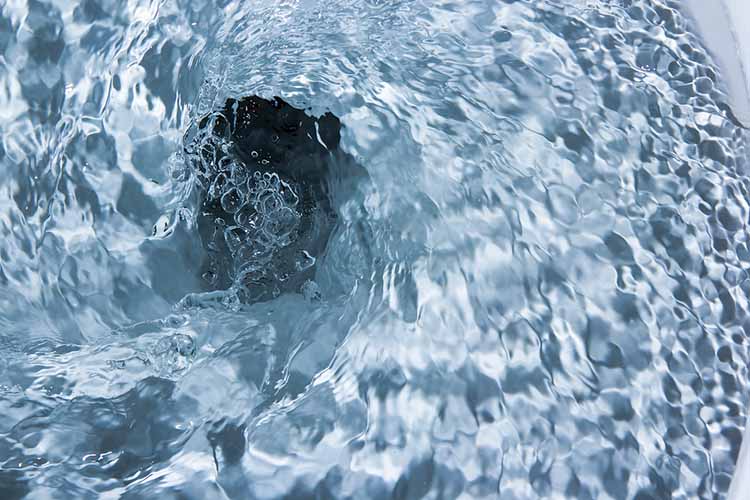 There are three simple and straightforward ways to tell if your sewer vent pipe is blocked.

If the sinks in your bathroom or your toilet are making a gurgling noise when they’re emptying or it’s being flushed, if the sinks are draining slowly and, or if there’s sewer smell coming from your toilet or the sinks, it could be caused by a clogged, or partially blocked sewer pipe vent.

If you’re not confident using a plumber’s snake (which can be a little intimidating), the best course of action is to call someone who is; a plumber.

They’ll be able to unclog the vent in next to no time and it’ll be worth the fee to know that your vent and plumbing are clog-free and in full working order.