Getting your toilet clogged up is an absolute nightmare, as you then have to somehow unclog it, whether it’s by doing it yourself or seeking out help, and you have to deal with the smell and the mess and the stress.

Table of Contents Hide
1 Do toilets eventually unclog themselves?
2 What toilet is best for not clogging?
3 Will bleach unclog a toilet?
4 Will Coca-Cola unclog a toilet?

But some toilets clog more often than others. You know, like when someone has a toilet that is known for getting clogged, so you avoid doing any big business in it. 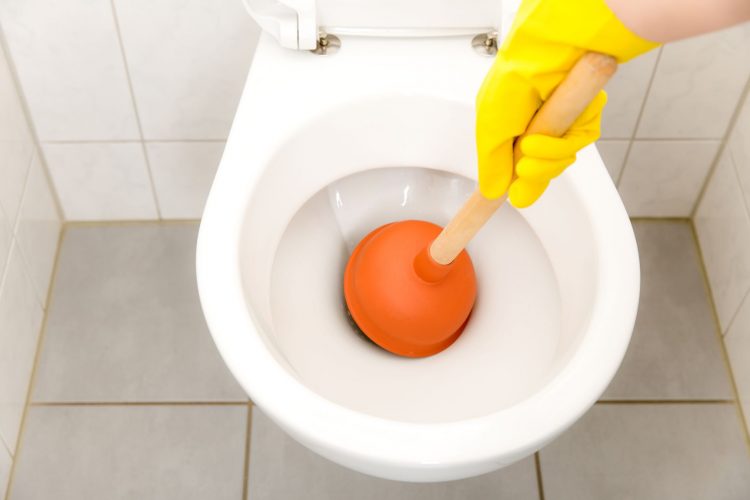 But why do some toilets clog easily? Well, it can come down to two different reasons: the design of the toilet, and malfunctions.

Although there is also a third reason that might be the cause, which isn’t exactly down to the toilet itself, but rather your use of it. So let’s look at all three! 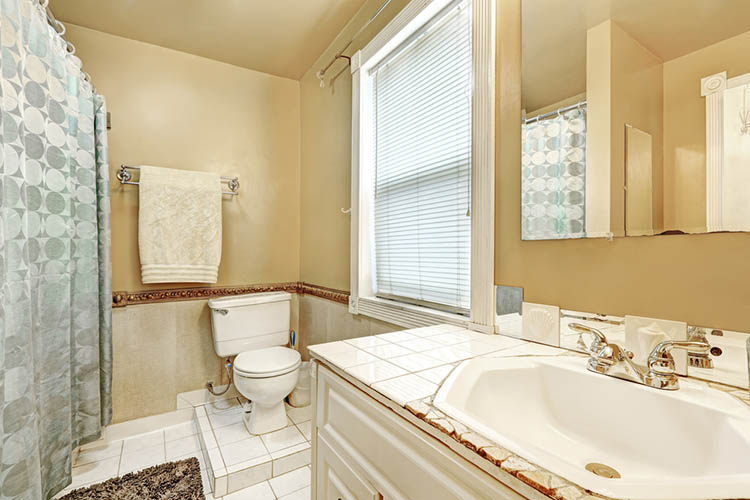 If you’ve got an older toilet, it probably has a low flow design and it is very likely that it will be prone to becoming clogged when used.

Basically, the flushing pressure is really low, so a lot of material gets left behind, meaning it slowly builds up until the toilet is clogged. And sure, you might be able to fix the clog, but then it will clog again, because the problem is in the design itself.

There really is no other solution than that of changing and replacing your entire toilet if this is the case, to one that is newer and has better flushing capabilities. 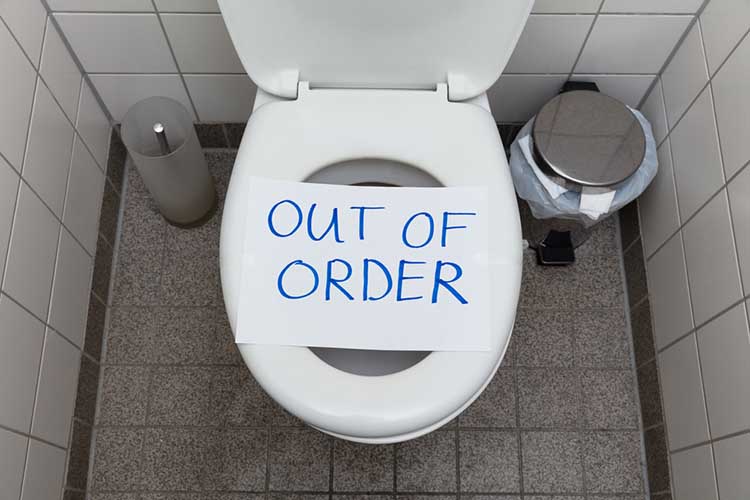 Sometimes, if your toilet keeps clogging, it might be due to a malfunction, such as a blocked toilet vent. If this vent gets blocked, then the flushing pressure will be significantly lower, and this can cause your toilet to clog a lot more often.

It will also cause other problems, such as gurgling sounds from the toilet, and a dlow drainage system throughout your entire house. The toilet vent is usually on the roof of the house, so to fix this you will have to get up there, find the vent, and unblock it!

Other malfunctions can just be due to the toilet becoming old, or to normal wear and tear from constant use. Sometimes you can fix it up yourself, but a lot of the time you will have to call in a plumber so that you can assess what the problem is, and then go from there.

By far, one of the main reasons why some toilets clog more often, is because they aren’t being used properly. For example, if you’re flushing items that should not be flushed down a toilet, you will eventually cause it to malfunction, and it will begin to clog.

Flushing down too much toilet paper at once can also cause the toilet to clog. Maybe not immediately, but in the next few uses, as it will have built up in the exit hole.

Just make sure you’re only flushing down toilet paper, in a normal amount, and that any other items are being thrown in the bin instead (that includes tissues, wet wipes, period products, and more).

Do toilets eventually unclog themselves? 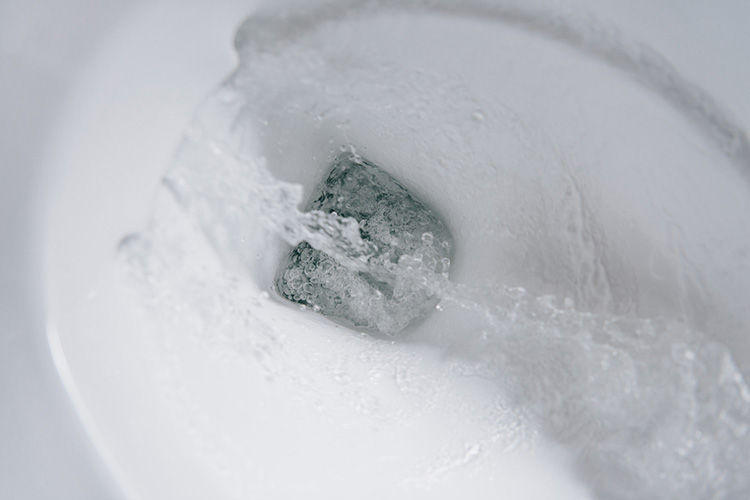 Most things that cause a toilet to be clogged, are usually able to eventually dissolve in the water, so that they can at some point be small enough to finally be flushed away.

So the answer is yes, in most cases, toilets will eventually unclog themselves. For example, big excrements, and toilet paper, will begin to soften and dissolve the longer they are left in the water.

So eventually, perhaps overnight, they will have dissolved enough so that the next flush is strong enough to push them away, so the toilet is cleared up. It’s also helpful that, with a clogged toilet, gravity is on your side.

The things want to be flushed down, and they will tend to eventually manage to get through the drainage system.

However, depending on the amount of blockage or how badly clogged the toilet is, this might take quite a while, and waiting isn’t ideal if you’re going to have to keep using the toilet.

So if you don’t have a second toilet that you can use, you will have to unclog the toilet yourself instead of waiting it out.

You also need to keep in mind that although most toilets will eventually unclog themselves, this is not always the case. There are times in which the cause of the clogged toilet will not just go away by itself, so you need to do something about it in order to get the toilet working again.

Perhaps there is an item stuck in the drain, or something big that won’t dissolve is clogging up the exit. In this case, the only way out of the situation is to manually unclog the toilet, or to seek professional help.

What toilet is best for not clogging? 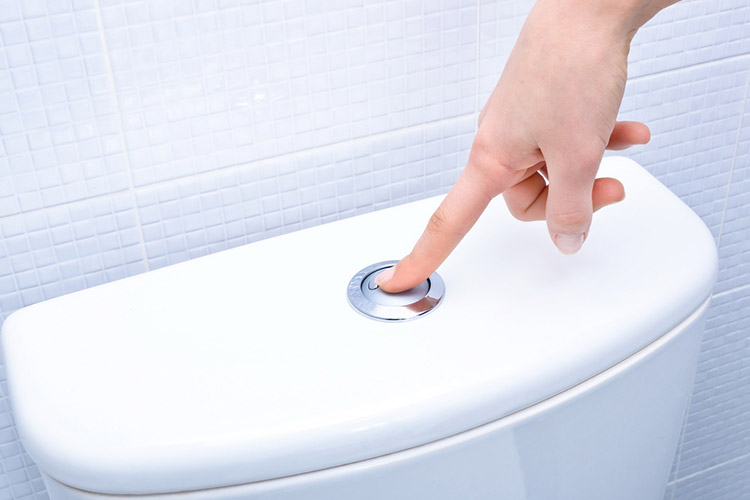 There are toilets available nowadays that are especially designed to not clog up, so that you don’t have to worry about them on that front. These usually have a higher flush pressure, and a wider exit hole and drainage system.

Toto toilets are some of the best non-clogging toilets in the market, as well as the Woodbridge and American Standard brands.

Will bleach unclog a toilet?

There are many ways in which you can attempt to unclog your toilet, most of them using products that can be easily found around the house. Something that most households have, is bleach. So will that unclog a toilet?

The answer is yes, bleach can help unclog a toilet. It has very high levels of chlorine, and so it can quickly break down organic matter, such as poop, toilet paper, hair, and even some farts and greases. This means that it will break down the elements clogging up the toilet, so that they can be flushed away and the toilet issue is resolved.

To use bleach, the best method is to pour around 2 or 3 cups down the toilet. You let it sit for a while so that the bleach can begin to attack the elements clogging the toilet, and then you flush the toilet.

Hopefully, the water should then have enough strength to push everything out of the way! Make sure you’re using gloves when doing this, as you don’t want to accidentally get any bleach on your skin!

Will Coca-Cola unclog a toilet?

Pouring coca-cola down the toilet can help dissolve and break down the elements that might be clogging the exit so that they can then be flushed out and the issue is solved.

However, this method isn’t always effective, and it’s a lot better to use proper toilet unclogging products.