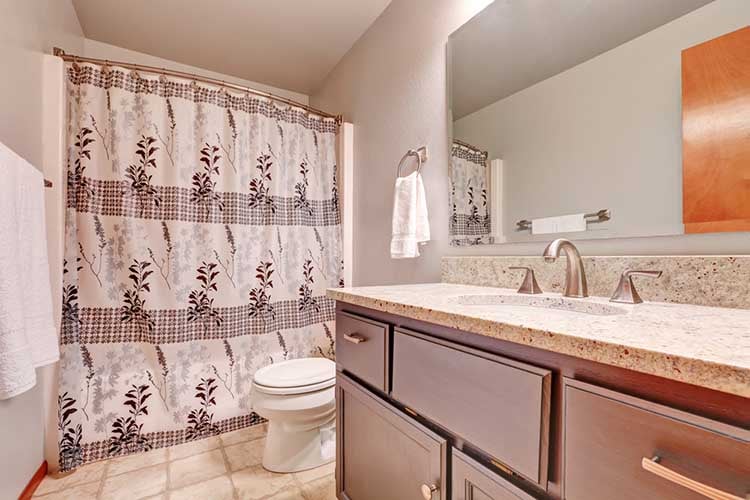 Shower liners offer bathroom floors an extra layer of protection from water stains, mold, and mildew. If this is your first time buying and installing one in your shower, you might get confused about which side faces which direction. It is vital that you install the shower curtain liner properly to ensure that it will do its job effectively. So, which side of the shower curtain liner faces outward?

Should You Go with Plastic or Fabric Shower Liners?

If you are looking at a selection of shower liners in your local home improvement store, you might come across two different variations: plastic and fabric liners. So, how do you choose between the two and which one offers the better performance? Well, both have their advantages and disadvantages, which we will be pointing out down below. 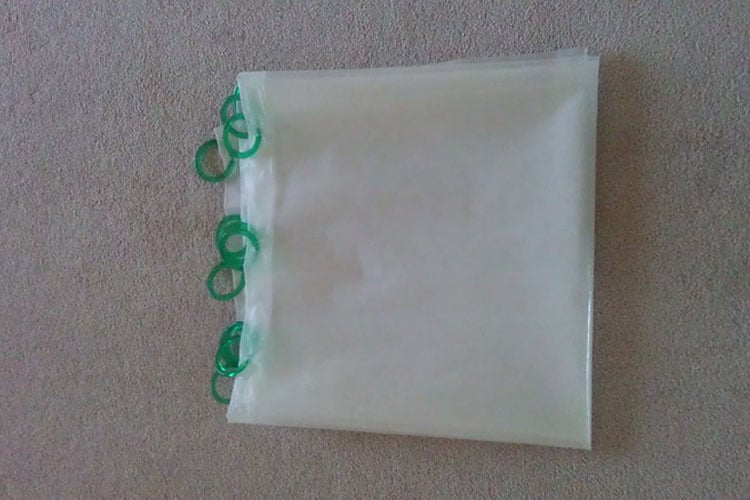 Next, fabric shower liners deliver a longer lifespan than plastic, and it is also possible to clean fabric liners via a washing machine, which extends their longevity even more. That said, fabric shower curtain liners are more high-maintenance than replaceable and cheap plastic liners.

All in all, both plastic and fabric shower liners will get the job done as long as you install them correctly and adequately place each side in its corresponding direction.

What Type of Shower Curtain Liners Do Hotels Use?

Now, if you need a little bit of recommendation on the best types of shower curtains out there, where better to gather information than with hotels? Hotel bathrooms will typically use one of these eight shower curtain liner materials:

Polyester is the most affordable shower curtain liner in the market, while high-density polyethylene and microfiber are the more expensive versions.

Which Shower Curtain Liner Type is the Best? 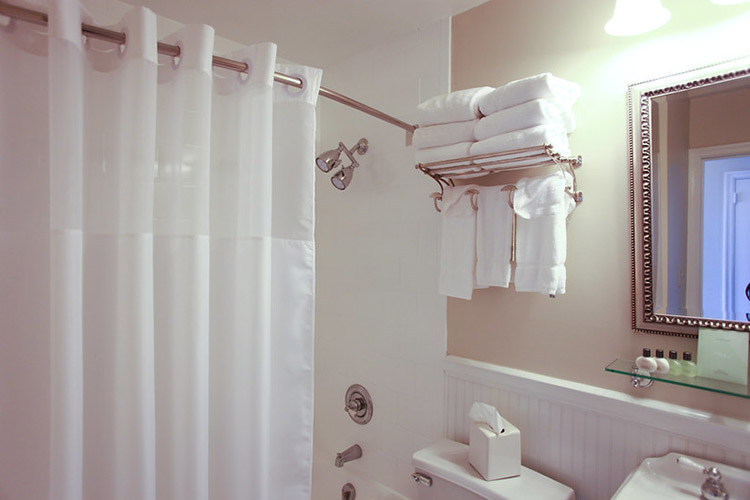 Since the essential factors in a shower liner should be its water, mold, and mildew resistance, along with durability and low maintenance – a plastic shower liner is the most practical choice. We highly recommend you go with plastic shower liners with either weights or magnets at the bottom to improve their overall ability to prevent water spills to the bathroom floor. A weighted or magnetic base should also control the shower liner from sticking to your body as you bathe.

Additionally, PEVA and EVA are a material with a higher level of anti-microbial properties and are considered an eco-friendlier alternative to standard polyethylene-based liners. Please take note that PEVA and EVA-based shower curtain liners are slightly more expensive, but that is a fair trade for the added health safety that it provides.

How Long Should a Shower Curtain Liner Be?

The standard shower curtain length is about 72-inches. This length is based on the standard ceiling height of bathrooms. However, if you have a more luxuriously large bathroom at home, you might need something longer. Some shower curtains come in sizes that reach up to 84-inches long.

It is highly advisable to place them when installing shower curtains so that the curtain and liner do not touch the bathroom floor. Having your shower curtain liner touching the base makes it more vulnerable to mold and mildew stains as water accumulates at the bottom.

Additionally, giving your shower curtain and liner a few inches of space from the floor makes cleaning your bathroom more accessible.

When Do You Need to Replace Your Shower Liner? 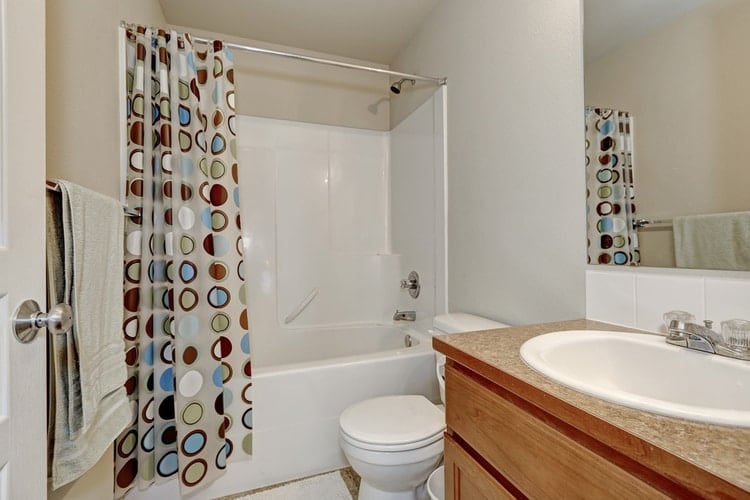 If your shower curtain liner only shows some slight wear and tear or fading, you do not need to throw it away immediately. As you can see from the above examples, used shower liners still have some uses.

Cleaning shower liners are a pretty simple affair. You can wash it by hand or via a washing machine. Our recommended cleaning solution to use can be made with everyday household products. Take your liners and place them in a basin or the washing machine filled with warm water mixed with ½ cup laundry detergent and ½ cup baking soda. Wash and rinse, as usual, then hang and let it dry properly.