The dual flush toilet is a water-saving designed toilet that was created by Japanese sanitary product manufacturer TOTO in 1960, but knowledge of the development was limited to the confounds of Kitakyushu in Japan.

American industrial designer Victor Papnek presented the idea in his book in 1976 but the dual flush design wasn’t practically implemented until 1980 by Australian toilet manufacturer Caroma.

Many states in the US and areas of Australia encourage the purchase of a dual flush toilet to try and conserve more water for the seasons where they will most likely experience water droughts.

Today we’ll be taking you through everything you should know about the dual flush toilet system.

How does a dual flush toilet work?

Dual flush toilets use a larger trapway and a flushing system which pushes the waste down the drain more effectively than single flush toilets. As there is no siphoning action required, the system doesn’t use as much water every time you flush and waste can still be exited from the bowl easily.

Which is better, a single flush or dual flush toilet? 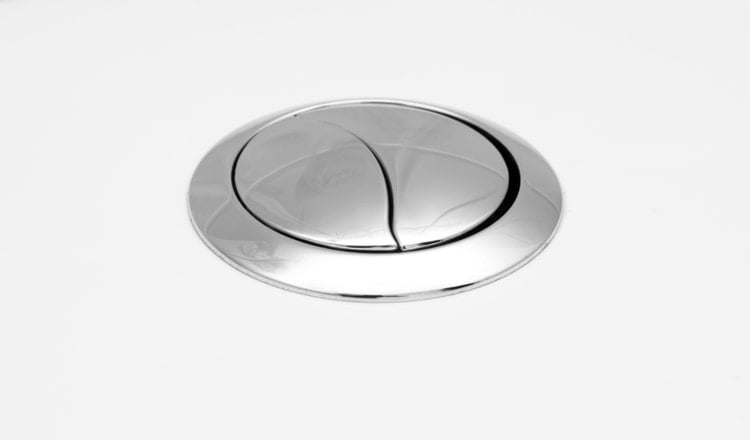 When it comes to environmental factors like saving water, the dual flush toilet is superior as it has two flush modes, one of which is the half flush which should be used to push down liquid waste.

The half flush uses a few gallons of water (approximately 0.8-1.0 GPF) for liquid waste in comparison to a single flush toilet which uses between (1.2-1.6 GPF) regardless of trying to flush liquid or solid waste.

A dual-flush model will be able to save more than 10,000 gallons of water annually and will also be able to cut your total water bill. When comparing a dual flush to a single flush, the dual flush uses over 60% less water than a single flush toilet.

In general, when dual flush toilets came out they had a noticeably higher upfront cost for the initial purchase in comparison to single flush toilets.

Prices have come down and the mechanism itself doesn’t add a whole lot more to the price.

Even if you find that dual flush toilets are more expensive in your area and factor in possible costs for parts for repairing and replacements over the life of the toilet, dual flush toilets most likely will end up being more economical in the long run as they consume less water and will, in turn, save you money on your water bill.

So despite being a higher cost for the initial purchase, the toilet will soon come to pay for itself over the years by consuming less water and cutting your water bill.

In certain states, they offer tax rebates on dual flush toilets as an incentive for opting for more eco-friendly options. 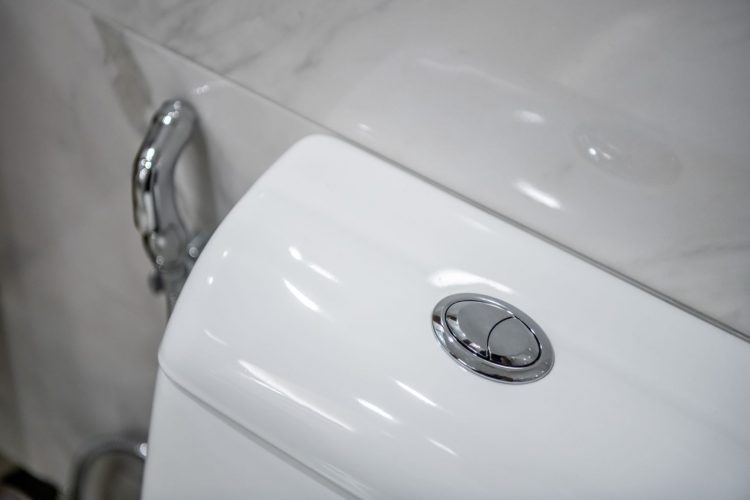 If we’re being honest here, neither toilet is better or easier to clean as they’re both used for the same things and will require the same level of cleaning.

However, the design of the bowl, rim, and tank will play a part in how easy cleaning is as it’ll make it more unchallenging to reach certain areas with products and tools.

The material the toilet is made out of and the flushing power also contributes to the ease of cleaning and can vary from single flush toilets to dual flush toilets so there is no definitive answer when it comes to which toilet is better to clean.

When it comes to maintenance, the single flush toilet is much better, this is because the replacement parts are more readily found in local stores and are often inexpensive. On the other hand, dual flush toilets have more specialized parts which are harder to find.

One argument could be that single flush toilets are a lot more simple to personalize to your style of bathroom with there being countless handle designs if your trying to match a more traditional look such as a farmhouse style bathroom.  However, it is a lot more difficult to personalize the dual flush buttons on a tank as they are harder to modify due to the design of the water system inside.

Apart from the actual button vs handle to flush, the toilets themselves don’t look different aesthetically.

As far as toilets go, you can find some nice-looking ones out there on the market, regardless if you’re looking for a single flush or dual flush toilet.

In the home or public

Dual flush toilets are better suited to be used in the home whereas single flush toilets are more beneficial in public restrooms or workplaces where they will receive constant use and will be less likely to break down. It’s rare to see a dual-flush in a public bathroom.

Are dual flush toilets any good?

Dual flush toilets are on the whole, considered a good investment, especially for in-the-home use. They’ll help you save water, which is not only great for the environment but also helpful in cutting money off your water bill every month.

Whilst they are a lot higher in price to purchase, the difference is marginal and you’ll be able to reap the rewards in the lower price of your water bill.

Dual flush toilets are great for having in the home, however, they’re not as recommended for public restrooms as they’re more prone to leaking and breaking which is not as cost-effective as replacement parts are more expensive.

What happens if you push both buttons on a dual flush toilet?

Pushing both of the buttons on a dual flush toilet will have exactly the same result as if you were to press just the larger button on its own.