The toilet fill valve is one of the two noteworthy parts fundamental for a toilet tank to work: the fill valve, which fills the tank with water and the flush valve, which discharges the water into the toilet for flushing.

A  fill valve brings water back into the tank after the toilet is flushed. The valve stays open until the tank is full again. The fill valve will also turn on to maintain the tank level, for example, if the flapper is leaking water. There are four main types of fill valves: Float-Cup, Floatless, Plunger and Diaphragm

We’ll discuss each of these types of valves below, the design and some of the advantages and disadvantages of each.

The float-cup fill valve is made of plastic and is a progressively new-age design, initially presented in the late 1950s by Fluidmaster.

This type has a plastic floating cup shaped like an O that goes up and down the fill valve shaft. The floating cup is attached by a metal spring cut to a metal pole. The water level in the tank is managed by changing where the bar connects with the float cup.

This is a common style found in most toilet fill valves and is usually the second choice when it comes to replacing a plunger- or diaphragm-style ballcock unit. Many have movable shafts, enabling the fill valve to be balanced up or down to fit different toilet tank models.

Today, these fill valves are more commonly referred to as ballcocks.

The floatless fill valve is made of plastic and uses more modern technology. These fill valves use a diaphragm weight detecting system instead of a floating gadget to control the valve. Initially intended for low profile/low stream toilet tanks of the 1990s, these fill valves are often cheap. However, the valve’s quality and durability often do not fare well compared to other fill valve types. Most professional plumbers stay away from this type.

You’ll find this at the base of the tank. It operates underwater.

Plunger or piston-style fill valves are perhaps the very first types ever. They are made of a hardcore cast metal body. This style of ballcock uses a base fill water release tube and comes with a pivoted switch system over the ballcock. Thumbscrews at some pivot joints allow changing of the switch arm movement.

These fill valves work by way of a floating ball joined to a turning switch that opens and shuts a plunger stem fitted against a water channel port.

The true standard in early plunger-style fill valves was the Mansfield 09, of which a few models still exist today. Mansfield’s metal division was acquired by Prier in 2007, a metal, plumbing, and mechanical manufacturer. The Mansfield 09 is still made by Prier.

Old-style fill valves like these require installation in the base since they don’t follow more modern plumbing codes that need anti-siphoning features.

The diaphragm float valves come in metal and plastic models. These valves work together with the plunger fill valve: the float ball and bar lowers or raise a key that moves an elastic diaphragm in the ballcock’s hat or top. This enables the water to begin or quit streaming.

As opposed to a plunger stem with a washer that seals against the water port, this type of ballcock has a diaphragm seal that opens and closes to control the stream of water.

When to Replace a Toilet Fill Valve

Most fill valves are quite straightforward when it comes to design and function. You have a tube with a shutoff valve. It’s attached to the water source. There’s a cup or ball that shuts the valve off when a certain water level is reached. Over time, the fill valves do wear and tear. Here are the most common signs that signify the need to take out and replace your toilet’s fill valve:

Issues with the fill valve are the most well-known problems with toilets, second to leaking. When replacing malfunctioning or damaged fill valves, make sure to know the particular type (and model, if possible) to get the correct item.

It is important to note that the plumbing code currently requires anti-siphoning abilities on toilet fill valves. Anti-siphon gadgets are intended to anticipate low water weight in the water supply lines.

Low water levels can happen in the presence of an underlying problem, like a break in a water source or when excessive amounts of water are being used elsewhere (e.g., to put out a fire). For toilet fill valves, the anti-siphon technology is a vacuum breaker or an air hole, and it is on the side of the valve where water moves through the refill hose and into the flood pipe. 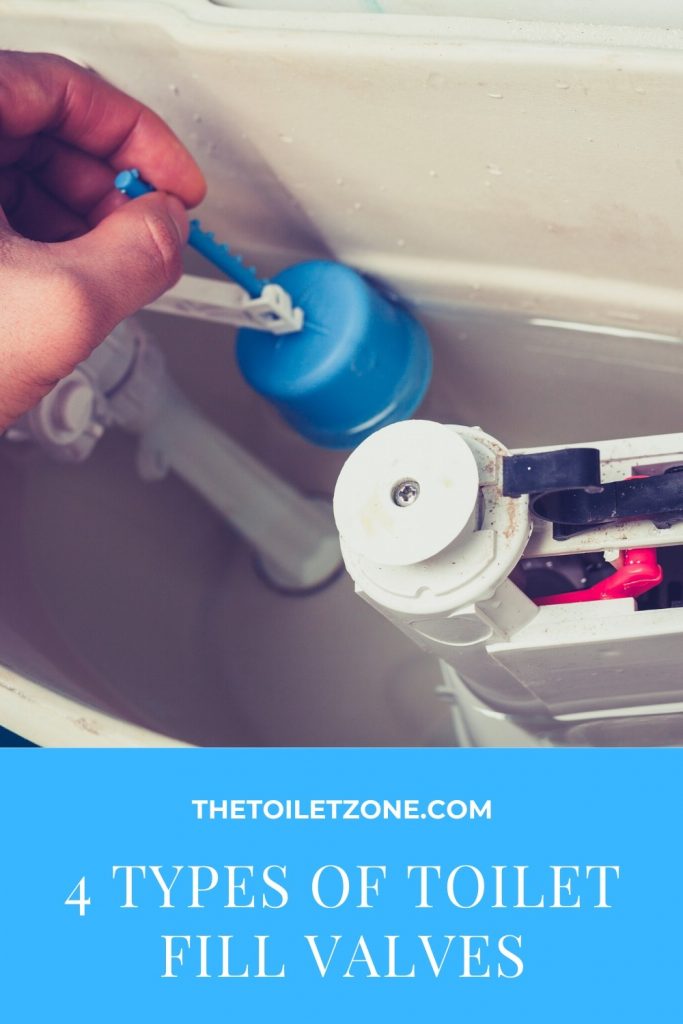