For those who are thinking about getting a bidet for their home, take a step back and analyze the different offerings. Yes, there are actually quite a few options when it comes to adding a bidet to the bathroom. Stand-alone units, bidet attachments, and even portable bidets are available. It just depends on the individual or family.

That being said, it’s important that folks know what a bidet is exactly before they decide that they want one in their home. One of the common misconceptions about bidets is to mistake them for a foot-washing area or a second toilet. However, a bidet is simply a way to wash up after going to the bathroom.

It uses a gentle spray of water to get rid of excess fecal matter, bacteria, and any residue that might be sitting there. Compared to toilet paper, a bidet can achieve a cleaner, fresher hiney. Check out the following seven types of bidets below to explore the possibilities.

While bidets have been around for years in other countries, the device is still quite foreign to many in the US. They might recognize a bidet from their travels around Europe or Asia, but they never really entertained the idea of having one at home. Well, a bidet toilet seat can fix that!

Think of these as a sort of combo deal, mixing the benefits of a toilet seat and bidet all in one. While hotel rooms in France might have two separate entities, a bidet toilet seat is a more streamlined look. These have been around in the United States since the 1960s, but they just haven’t caught on as they should have. However, these seats make it so simple to have a bidet washing right at home.

While many people choose to put an attachment on their toilet, there is also the possibility of a bidet that is actually built into the toilet.

These are often called Combo Toilets as they are a combination of toilet & bidet built-in.

Granted, these options are much more expensive, but they might be preferred for people who are looking for a more minimalist or modern look. The advantage of a built-in bidet is that there is no do-it-yourself installation required.

Plus, guests won’t be weirded out by seeing a bidet attachment hanging off of the toilet. They also tend to come with lots of extras, such as controlled water temperature and pressure, heated seats, and even warm air dryers. On the downside, these are electric, which might turn some customers off.

Speaking of which, an electric bidet is yet another option for people looking to hop on the bandwagon. This style just requires an easy installation that most people can figure out on their own. The great thing about the electric bidet is that it will attach to the toilet and it comes with customizable features. It can come with a heated seat, deodorizers, or some nighttime lighting for 3 am bathroom trips.

Electric bidets are more expensive than other attachment options, but they could be the ideal choice for the right person. It can come in a variety of materials, too, including plastic, metal, rubber, and stainless steel. 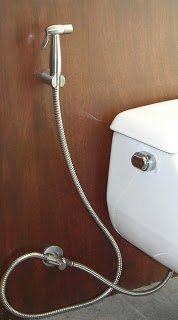 A more conventional option for Americans looking for a simple option is the bidet sprayer or hand-held bidet. These allow the user to have more flexibility when using the bidet because they can direct the flow of water. It’s an option that elderly people tend to go for since it can help them maintain their autonomy in the bathroom. Check our list of recommended bidet sprayers.

It’s also great for those with ailments that limit their range of motion, such as arthritis and muscular dystrophy, as well as those recovering from an injury. Lots of women like to use sprayers while on their menstrual cycle to ensure a deeper, more refreshing clean. It’s also a good alternative to wiping with tp for women that have a high sensitivity or allergy to toilet paper.

This is the type of bidet that an American is most likely to see while on vacation in Europe or Asia. Lots of places will have the standard toilet seat and then a separate bidet next to it. Stand-alone bidets can be mounted to the wall such as a urinal, or they can sit on the floor such as a toilet.

They can come in a wide range of styles and materials, spanning the spectrum of fanciful to minimalist. The downside here is that a lot of folks just don’t have space in their bathroom for a toilet and a bidet. This is why they typically opt for something such as a sprayer or attachment.

The space problem leads many customers to go for a bidet attachment that can fit snugly on their existing toilet seat. This option is economical, attractive, and provides the same health and environmental benefits as a traditional bidet. Homeowners can find plenty of different ones on the market, actually so many it can be confusing.

The price is right and they can put the product on in a matter of minutes. The non-electric types are the least expensive, but they won’t come with extras, such as heated seats and lighting. Still, for someone looking for the basics, this is a solid choice.

Believe it or not, individuals can bring a bidet with them on the go! A travel or portable bidet is an inexpensive option, although it may seem a bit awkward to some people. The thing looks similar to a water bottle, and the person just has to squeeze it to produce a spray of water. It should be said that some models are better than others. It’s important for a travel bidet to be easy to manipulate, with firm controls, and a no-spill top.

While most of them will be manual, there are battery-powered portable bidets sprayers available.

Hopefully, this guide did a good job of clearing up some common confusion around bidets. Most individuals don’t realize just how many options there are when shopping for one of these devices. Perhaps one of these solutions will be better suited to a skeptical American who is deciding if they want to try out these strange devices.

The best course of action when choosing a product is to consider quality, price, and space in the bathroom. The majority of people in the United States will go with a sprayer or bidet attachment that they can easily place on the toilet seat. It’s the most noninvasive and economical solution for those delving into uncharted bidet waters. 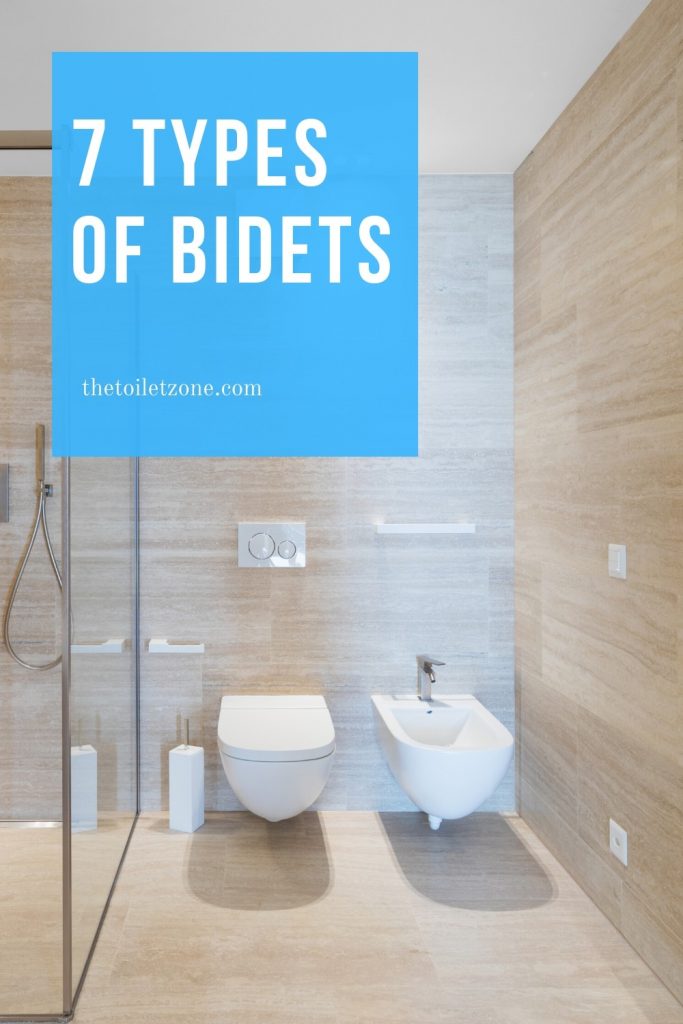