Bathrooms are very important parts of homes. These are places where people “get down to business”. With everyone living daily lives with a clean and accessible bathroom, there seems to be nothing more that can surprise them about this humble room in the household.

If you get bathrooms are nothing but boring spaces to relieve your body of physiological excretions though, you are wrong. Here, we list down some interesting bathroom facts:

For some people, bathrooms are only for physical businesses but in some cultures, it has a much deeper function that in fact, they have deities to protect them from harm.

2. A toilet could be used for half a decade before needing replacement.

Perhaps your parents raised you in the same house since you were little and since then, you only had the same bathroom. You never probably paid much attention to it but do you realize now that your bathroom is most likely as old as your home? In fact, the porcelain throne could probably be much older than you!

But of course, while it is expected that it will not need a replacement any time soon, you need to be wary of signals like:

Contrary to what movies have been showing you, the toilet seems to be the safest place in your household, or anywhere else for that matter. The most common injuries people get in the toilet are results of:

* Bruising and other injuries from wobbly seats

Side bit: In 1943, a malfunctioning toilet caused German submarine U-1206 to sink. Because of the broken toilet, seawater rushed into the submarine. It flooded the battery, creating chlorine gas. The boat then had to surface but it was sunk by Allied Forces when it reached the top.

4. Air fresheners, safe to say, have been around for a long time now.

Masking the unpleasant smell that comes from excretions is very important for many cultures all over the world. While air fresheners now have very convenient packaging, people then had a more difficult way of freshening up their bathrooms.

Islamic cultures in the 6th century, for example, relied on perfumes and incense in covering the stench in bathrooms. Egyptians were known for using oils that give off a pleasant aroma around homes and temples.

In the year 1948, the air freshener as we know today was first introduced and it has quickly become a favorite household product. Now, not one person can probably imagine a household without air fresheners.

How is World Toilet Day celebrated? Everyone can decorate their latrine, toilet, outhouse, water closet, and loo, whatever they are called!

6. “Toilet” is a word derived from the French word for “little towel”.

Toilette is a French word that means “a cloth or a bag of clothes”. However, in the 18th century, the word has been used to refer to articles used in dressing such as mirrors, brushes, perfume, and others. Later on, the word’s variations referred to dressing rooms especially those that had “lavatories” attached to them.

In 1895, Americans began using the word toilet to refer to bathrooms.

7. At least 3 out of 4 Americans use their phones while they do their business in the bathroom.

Back in the day, newspapers and magazines entertain people while they do their business in the bathroom but now, as times have changed, so do the things that kept people entertained inside. These days, Americans admit to using their phones and similar gadgets while sitting on the porcelain throne.

Because of the different habits of people and the priorities they have, they are not the type to waste their time. While they are in the bathroom, they also use their gadgets for writing emails, doing online searches, shopping online, and for keeping tabs with people through social media.  Click here to find out why most Americans don’t use bidets.

8. There are at least 7 million people who drop their phones in the toilet every year.

Sleek and expensive, mobile phones are like extensions of one’s self now but those who drop things a lot know better than take them to the bathroom. An unfortunate 7 million people though, have to deal with getting a new phone after dropping them in the bathroom.

9. People spend at least 3 hours and 9 minutes on the toilet weekly.

Every year, a person spends at least a week in the toilet for each year of their lives. Imagine how vital this room is to our existence.

Click here to find out why most toilets are white.

Did you know about these facts we just mentioned? If you have more that aren’t on the list, please share them in the comments! 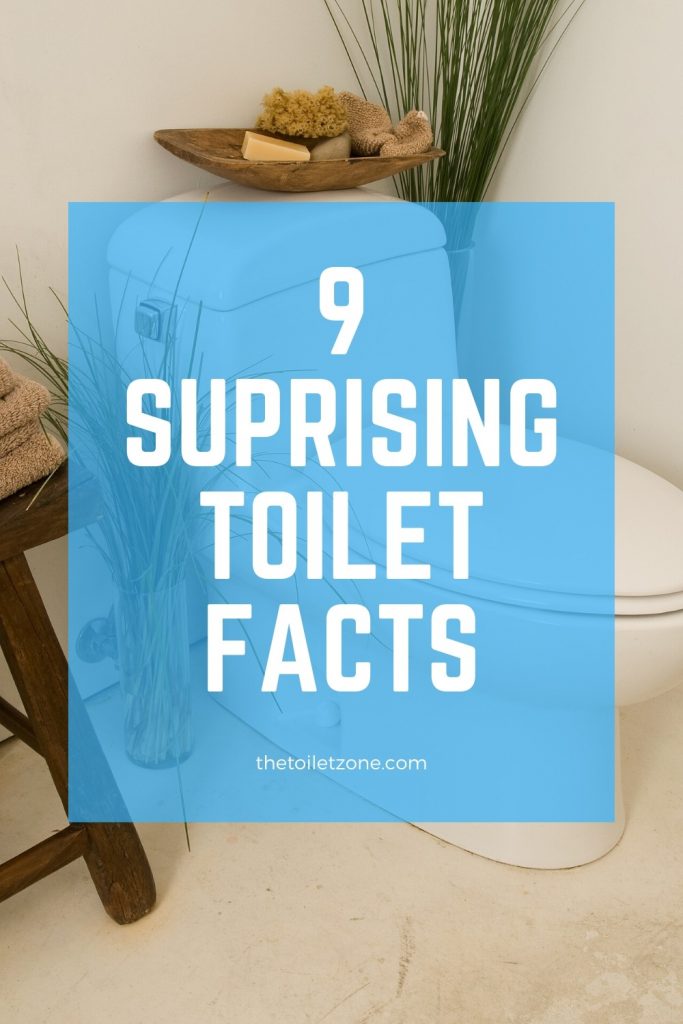