The septic system is an underground wastewater treatment system that is highly efficient and self-contained. It is a method of disposing of waste water like the sewer system because it treats and disposes household water on the site.

It is more economical than the sewer system in rural areas where the houses are spaced apart and lots are larger. The septic system is easy to design and maintain, which makes them affordable to install. It treats the wastewater onsite using natural means. It does not involve using any sewer lines to channel the water to another site for treatment.

It can be installed in the backyard of the owner’s lot, which makes it non-disruptive to the environment outside the lot.  The septic system is divided into two; the septic tank and the drain field. The septic tank is made of concrete or fiberglass and is where the waste is first collected.

The waste is held here for a long time so that the liquid and solid can be separated, and the solid would be acted upon by healthy bacteria found on the wastewater to break down the biodegradable waste. The drain field is where the wastewater above the solid is transferred to uniformly.

Using bathroom cleaning supplies and toilet bowl cleaner that are safe for septic systems ensures that the septic system is in proper condition and does not experience damage from toxic chemicals produced from toilet cleaners.

There are also types of toilet paper recommended for septic systems and RVs– in general, this type of toilet tissue is often made from unbleached and/or recycled paper and is designed to pass through the septic system and break down more quickly in a septic tank.

There are above ground and single tank septic systems but we decided to upgrade our summer cabin from a composting toilet to a septic system we went with a double compartment septic tank which is the standard set-up in our area.  In this kind of system, the raw waste goes from the house (usually first through a grinder pump or macerating toilet) into the first larger tank. In our set up, this is s 2,500-gallon tank. In the first tank, the solids separate from the liquids, naturally settling at the bottom of the tank while the liquid occupies the top part of the tank.

The interior of the septic is really like a self-contained eco-system.  A healthy, functioning septic tank will allow the bacteria to convert the organic material into energy.  The healthy bacteria use this energy for its life functions. This process breaks down the compound organic solids in the tank’s wastewater into more simple solids and gas. In a working septic tank, the wastewater finally leaving the septic tank is should be pure. The inspector on our system that test the water quality says when it leaves the peak moss beds in the draining field you can drink it (99.9% pure). I’m not planning to drink it any time soon but it is pretty amazing that it comes out that clean.

Since septic tanks generally do not have an active flow of oxygen coming in the oxygen loving bacteria die off, leaving the oxygen hating bacteria to do the work of breaking down the waste. Because of this, most septic tanks contain Anaerobic bacteria.

The process of installing a septic system:

Unless you are experienced in construction and have specific knowledge of building septic systems it’s highly unlikely that you would take on this project on your own. Although there may be some parts of the process that you could assist with to lower your overall costs (clearing the area for the tank and drain fields, hauling away debris, etc) the main work will need to be done by experts.

As mentioned above, it’s important that local building and sanitation codes are followed. For the septic system we just put in last year, the following people were involved in the project. This was in the state of MN but the details would depend not only on your state but county (and possible township).

Septic System Designer: this person had a degree in engineering and had a full-time business designing septic systems. They were also a certified inspector for the county where we live. This initially seemed strange to me, that the same person would design and inspect the system but when I asked around was told this is pretty common, at least in our local area.

On the first visit, they spent several hours inspecting our property to determine the grade of the property, took soil samples and also inspected the interior of the house and outbuildings to calculate the maximum number of people that could be sleeping on the property at the same time as this would determine the minimum size of the septic tanks and leaching field we would need.

Excavator: The local excavation company was hired to dig the holes for the tanks, the trench going from the tanks to the drain field, and the field itself. They also had to haul in large amounts of sand and gravel to create a bed under the tank. They also were hired to do the finishing work after the tanks were in-leveling off the surface and resurfacing the area (driveway and access road used) with class-5 gravel.

Septic Tank Manufacturer: Our tanks were made to order out of cement by a company about 100 miles away (we live in a remote location). You can also buy pre-made cement or fiberglass tanks that larger companies have in inventory and will deliver.

The 2,500-gallon holding tank and 1,500-gallon secondary tank had to be trucked in. The excavation team has to coordinate with the delivery so that the tank can be immediately back-filled with sand. The communication was actually done directly between these two parties since they needed to be there at the same time

General Contractor: This may be an optional person, depending on the size of the project and the people involved. If you don’t have a dedicated GC, you’ll need to coordinate all the different pieces of the project.

Plumber: You’ll need to connect the wastewater coming out of your home to the septic tank. Depending on your local code and terrain this may be more or less involved. In our case, the tank was 100 feet up steep terrain which required PVC pipe to be laid.

The connections need to be made at the point where the plumbing leaves the residence (toilet, sink, other wastewater out) all the way to the tank. In our case, we needed to purchase a grinder pump (to grind up the waste and pump it uphill).

The grinder pump slightly downhill from the bathroom in a sunken sump pit basin and the pump sends liquefied waste up to the septic tank. Another set up is a macerating toilet which has a grinding unit usually behind the toilet that does the grinding.

Electrician: The grinder pump, as well as the affluent pump in the secondary septic tank (that sends the wastewater to the drain field), needed to be connected by a certified electrician to be up to code. The septic system also has an alarm system (to warn if the tank level is getting too high), this also needed to be connected to the electrical grid. 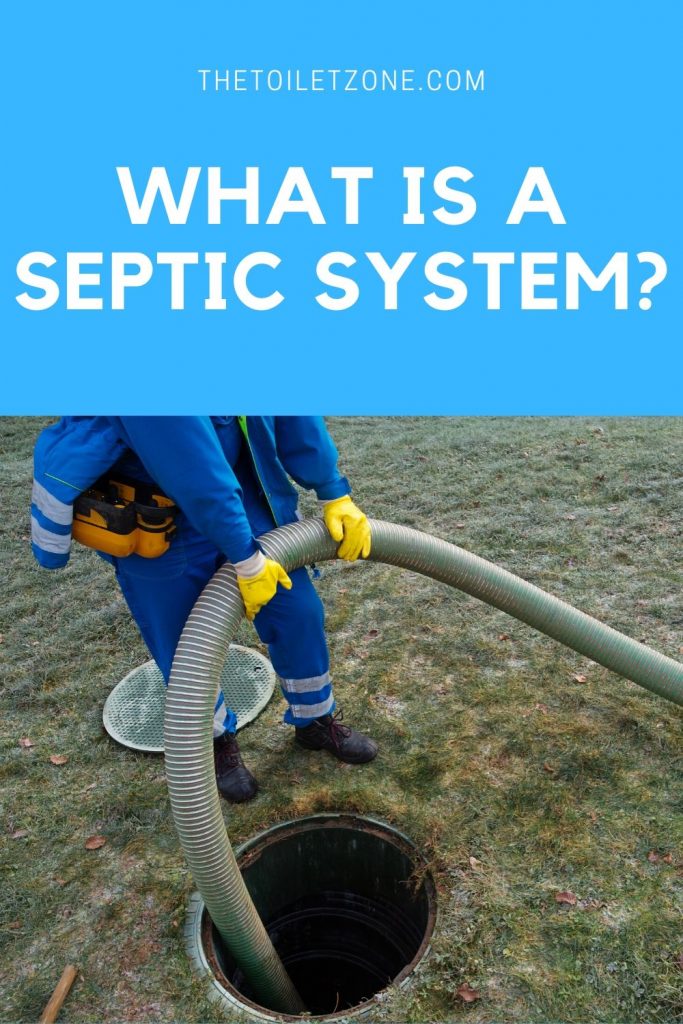