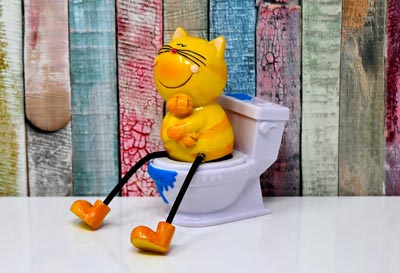 It’s been said that the world is made up of dog people and cat people. Dogs are unfailingly loyal and always happy to see us, while cats rule the human race with calm indifference. Whichever side of the divide you personally fall on, if you’re a pet owner, you surely love your animal and probably even think of it as part of the family.

Yes, a pet is a treasured addition to any home, but they are also a lot of work. Between feeding, walking, training, and cleaning up after them, a pet can be a full-time job. No duty is more dreaded than cleaning up after your animal’s waste, a chore that kids (and some adults) will do anything to avoid.

Cleaning up after cats is an especially undesirable task. One of the biggest issues with cat litter is that you can’t just flush it down the toilet and be done with it. This is especially true if your house is one of the 21 million in the United States that uses a septic system. It would be so much nicer if cat litter could be disposed of like any other unwanted mess.

As it turns out, there are a number of new cat litter products on the shelves that claim to be “flushable“. Are they really as good as advertised? Let’s look into it.

The litter will add volume to the sludge layer of solids at the bottom of the tank. The end result is that you will have to get your tank pumped sooner than needed which is expensive.

These days, most households throughout America are part of a centralized sewage system. A citywide sewage system involves a lot of complicated processes, but it can be summarized into a few basic steps.

When something is flushed in a toilet or washed down the drain, pipes that are connected to other homes and drains, feed the waste into a central sewer. Cities maintain these sewers which are treated with chemicals that help break down and separate the waste while also treating the water so it can be reused.

Citizens of any given city pay extra bills or taxes to cover sewage so that all of the unpleasantness is taken care of for them and they don’t have to think twice about their waste.

Septic systems are a bit like a full-scale sewage system, but they are meant mostly for single occupancy residences and the work of maintaining them is done by the homeowner.

When waste is removed from the home, it travels from pipes into a septic tank, which is usually buried underground. Chemicals within the septic tank work to break down the solid waste, which turns into sludge at the bottom of the tank. Meanwhile, fatty liquids like grease and oil float to the top of the tank.

What is leftover, the wastewater, is then removed from the tank by pipes that feed to a drain field. This is a field or water source that absorbs the treated wastewater. The whole process is incredibly efficient, and as long as nothing too abrasive or heavy is sent through the system, a septic tank can last for many years without too much maintenance.

Most cat litters that you find on the shelves these days are clay-based. The clumps that are left behind after your cat uses the box are a result of that clay that hardens when wet. It’s a nifty invention for the purposes of cleaning the litter box, but it’s exactly what you don’t want to go through your pipes.

A septic tank works by decomposing solid material until it’s a manageable sludge. A material that only gets harder and more solid when in contact with water goes against the whole principle of maintaining a healthy septic tank and the whole process of breaking down waste. Assuming those clumps of cat waste don’t get stuck in your pipes on the way to the septic tank, they’ll end up filling your tank, either causing it to overflow or break.

The best-case scenario is that nothing that drastic will happen, but even if not- you’d still be slowly filling up your tank with clay that doesn’t break down in the tank and will which just needs to be pumped by a septic tank maintenance company- which get expensive. This is the same reason we recommend you don’t flush coffee grounds or other food solids down the kitchen sink if you have a septic system.

One thing we’ve recommended in the past is a trash can like this one that is specially designed for cat waste.  The main benefit is that it controls the strong odor that comes from dirty cat litter, the main drawback is that you need to periodically buy refills of the waste bags which could add up.  We’ve reviewed other pet waste trash cans here if you want to see some other options for both cats and dogs.

What about flushable litter? 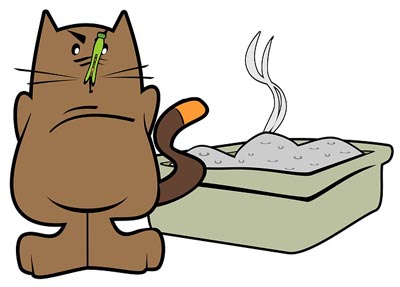 Numerous brands make cat litter that is marketed as “flushable“, like this one from Garfield Cat Litter. The humbly named World’s Best Cat Litter is a corn-based litter that professes to have “outstanding odor control” while being 100% natural. Better Way is another brand that specializes in “flushable” litter.

These types of litters are generally biodegradable. It’s nice to be friendly to nature while you’re taking care of your pet. In theory, you could simply throw the waste into your compost pile and be done with it. Unfortunately, cat feces (and dog poop, for that matter) is known to carry parasites that are harmful to pregnant women and anyone with a weakened immune system.

Flushing the litter down the toilet is the obvious solution. Unfortunately, not all home plumbing systems are the same. Depending on your pipes or your specific septic tank, flushable cat litter might still be harmful. Even if the litter is biodegradable, cat feces itself can be especially difficult for septic tanks to break down.

It’s possible that your system is able to handle the waste, but you’ll want to double-check before flushing any litter, no matter how it’s marketed.

What can be done?

If you plan on using cat litter, I would recommend going with a plant-based litter. There are ones made out of used coconut coir or this one made from ground-up walnut shells, so they use by-products from food processing plants (where they shell walnuts or extract coconut) and don’t really have a need to use the shells…so it’s a lower carbon footprint than some other kitty litters.

Even if flushing isn’t an option for you, these litters are biodegradable and, thus, better for the environment. They are also safer for your cat. Regular litter includes sodium bentonite, which can be harmful to your animal if ingested.

If your main concern is the ease of cleaning and you really want to be able to flush your cat’s waste, I have a suggestion that will sound strange but is actually quite simple: toilet train your cat.

I know it sounds crazy, but you absolutely can train your cat to use the toilet.  I’ll admit, when my brother and sister-in-law said they potty-trained their cat, I thought they were joking. Well, it’s no joke, their cat uses the toilet on its own. The only clean-up is flushing the toilet on your next trip to the bathroom. Besides saving you time and money, it protects your pipes from abrasive litter. They actually sell kits for toilet training your cat!

But what about my dog?

I know I started this article talking about both cats and dogs but have only discussed cats in depth. Well, the reason for that, dog owners, is because, for you, this isn’t a complicated issue. Not only can dog waste be flushed down the toilet without the extra hassle of litter, but the National Association of Clean Water Agencies advises us to flush dog feces.

For other options for dog poop waste see our tips here.

Who knows, that alone might be enough to convert some cat people into dog people.

Whether you are flushing your dog poop, flushable cat litter down the toilet, or teaching your feline friend to do their own business on the toilet, you’ll want to keep your bathroom clean and if you live in a home that uses a septic system you’ll want to check out these septic-safe toilet bowl cleaners,

If your home plumbing is hooked up to a septic system, you may want to also check out our other articles about septic-safe products here, especially things that regularly go directly into your tank, like septic-safe laundry detergent. 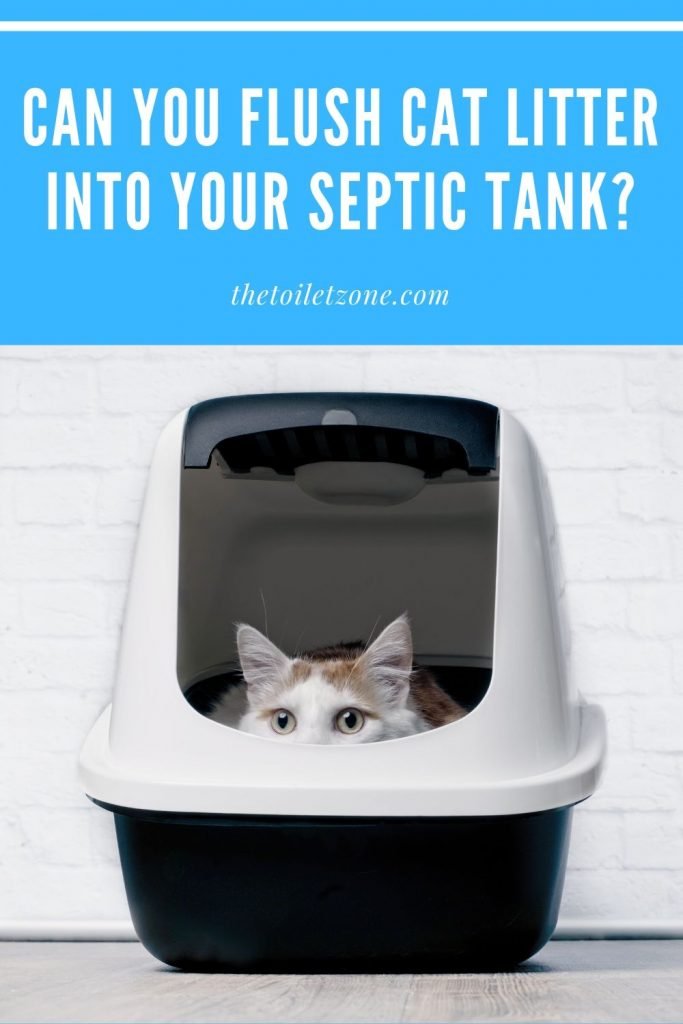