Everybody uses soap – wherever you may be in the world. But have you ever wondered where soap first came from? While historians have documented soap since 2800 B.C in Babylon, the industrial city of Marseille and neighboring areas in France also played an essential role in the modern-day soap.

Aleppo soap from what is now Syria eventually made its way to Europe, and by the 17th century, France became the leading producer of soap in the world and is still known for its quality soaps.

Let’s find out a bit more about its rich history – and where the soap making market is today, along with some recommendations on the best French soap to buy.

Louis XIV required only pure olive oil in soap production. He forbid using animal fat, and whoever did not follow this edict was banned from Provence. As a result, Marseille rose to fame, which has not lost to this day.

Later in the 18th century, more soap was produced, and thanks to industrial and colonial development, sea trade allowed Marseille to grow even more popular as the leading producer of this regional product. The 19th century came in, and upgrades in technology, hygienic practices, chemistry, and transportation all made it possible for soap to get a broader market.

As the 19th and 20th centuries came, Marseille soap emerged to become an extra pure 72% oil. It thrived and became the leading manufacturer of soap in the area. The boom ended around the 1940s as synthetic ingredients rose, more people used washing machines, supermarkets were everywhere, and soap companies were popping up everywhere – the French Empire fell.

The importance of natural and safe production of soap again gained popularity during the 70s and 80s. Marseille soap was renewed, despite not regaining the height of its popularity it once had. There used to be 108 soap makers in Marseille. By 2018, only 3 Marseille soap companies exist.

Today, as consumers, we believe in the natural and ecological virtues of traditional soap, continually looking for alternatives to non-petroleum-based and chemical products. Marseille soap has become more of a historical landmark in this industry, and its value continues to live on.

If you want to learn more about the French soap makers of today, we’ve collected the top brands together, including their most popular soap products.

Here are the most popular and beloved soap brands from France:

L’Occitane en Provence is a global leader in body and face products and fragrances. It has most of its production in the region of Provence. Their main products use the l’Immortelle plant (Helichrysum italicum), which is created using traditional methods. It’s considered by many to be a luxury soap brand.  The company is passionate about using traditional cultivation, using techniques such as:

Some of their best soaps available on Amazon are:

Shop their full line of soap bars on l’occitane.com

Yves Rocher is a beauty and cosmetics brand renowned globally. Yves Rocher is a French entrepreneur who founded the company in La Gacilly. Today, it is available in 5 continents, spanning 88 nations. The brand was a pioneer in the modern use of ecological and natural ingredients when making cosmetics.

Here are their best soaps on Amazon:

Shop their full line of body soaps on the Yves Rocher website.

Pré de Provence creates soaps that follow traditional French soap making processes – producing smooth soap with no impurities, making them last longer. The soaps are made in Provence, quad-milled to ensure a richer and creamier lather, giving the most luxurious feeling. Ingredients used are all-natural and pure, often enriched with shea butter and aromatic fragrances.

The company is proud to say that its soaps are created with no animal testing taking place. Their soaps are free of ethyl alcohol, DEA, parabens, and phenoxyethanol.

Here are their top soap products:

Bernard Lengellé founded the company in the most romantic, most French way possible. He was walking through the harbor of Marseille, with the warm climate and fertile soils, thoroughly enchanted by the magic of the place. In the early 1980s, he fell in love with the colors and scents of soaps in the air. He got the idea to share this magical feeling to the rest of the world. Hence, Le Petit Marseillais was born.

He started small, selling small 100g soap cubes using a 72% olive oil formula. He only used traditional methods and ingredients coming from citrus orchards, olive groves, and lavender fields nearby. He came up with aromatic combinations, quickly blooming into his passionate line of soaps, which we still enjoy today.

Here are some of the company’s best soaps:

La Maison du Savon de Marseille is a member of the Fédération des Entreprises de la Beauté  (FEBEA), making sure it gives a proactive voice in the regulation of the cosmetic market. They continuously strive to improve their products to provide consumers the best choices. They are using their traditional recipe of a pure, 100% vegetable Marseille soap.

The authenticity of their guarantee is proven by the UPSM (Marseille soap producers union) with the label Savon de Marseille.

Here are some of their best soaps:

Here’s a short video showing how French soaps are still made using the traditional, artisan methods that have been used for hundreds of years.

There you go – the very best soap makers from France. There are a lot of soap brands and manufacturers in the world today, but if you are looking for the very best, then French soaps are the way to go. These authentic brands offer nothing less of the most traditional methods of soap making, using natural and ecological ingredients and methods. By sticking to these soap making practices, consumers get only the safest, smoothest, and most aromatic experiences.

You may be interested in reading about soaps from nearby countries, including Spanish Soap and Portuguese Soap Brands here. 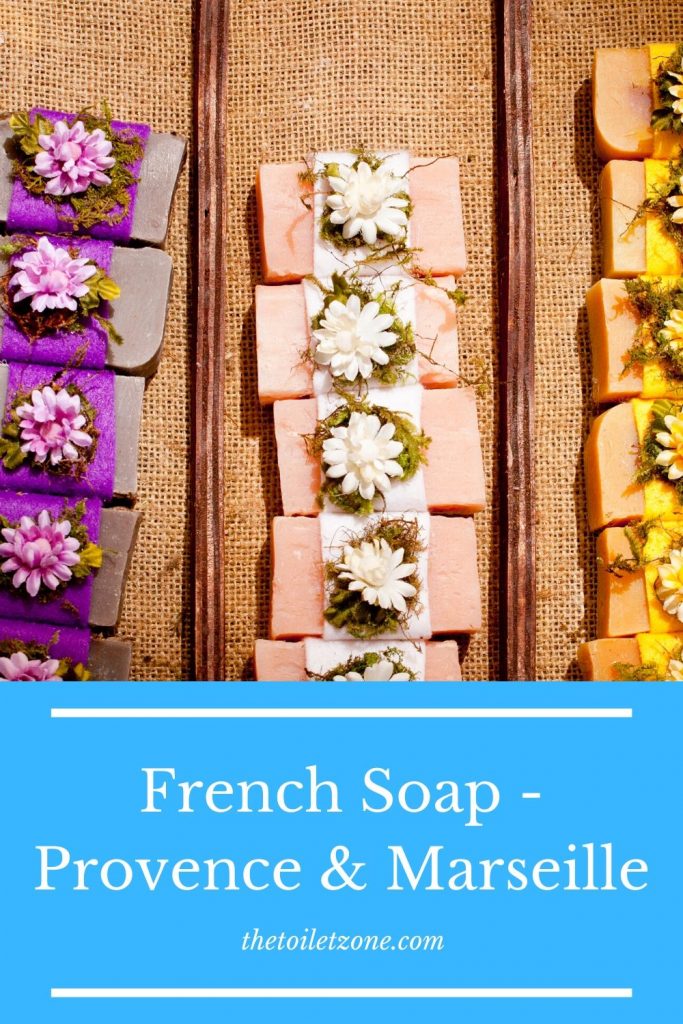