While this article has been on our site for a few years, in the midst of the news of people hoarding toilet paper, readers are looking to bidets as an alternative and asking more than ever- What really are the benefits of a bidet?

As with any uncertainty, people tend to panic and recent news is filled with stories of people hoarding toilet paper ana large retailers including Costo and Walmart. While there isn’t really a shortage of toilet paper, people suddenly buying much more than they need has caused empty shelves for short periods.

Because of this many people are not looking to bidets as a way to avoid buying so much toilet paper. Others may want a bidet as a backup option in case they run out of TP.  One of the simplest ways of installing a bidet is to add a bidet toilet seat attachment to your existing toilet (rather than other types of bidets that need installation and oftentimes require a professional plumber).

Before going out and buying one of these, let’s take a look at the benefits of using a bidet.

A few things have stopped bidets from becoming more common in US bathrooms although a bidet can be found in roughly 90% of South American homes and 60% of homes in Japan have bidets or even more advanced smart toilets with an incorporated bidet in addition to heated toilet seats, automatic air dryers and much more.

These days bidets are sleek and sophisticated and there are good quality bidet attachments that can be added as an accessory to a standard American toilet. While scientists haven’t done an in-depth study of booties that use bidets and those that stick to toilet paper, the general consensus is that a spray of water cleans more than dry paper. Check out seven bidet benefits below.

It may not seem like it, but a bidet can increase one’s personal hygiene in the bathroom. Standard toilet paper is dry and can end up leaving bits of residue on the skin. While it may seem as though toilet paper cleans everything up, it could just be masking the mess.

A bidet allows people to thoroughly clean that area. Moreover, the dry toilet paper that remains on the skin can lead to further irritation and dirt which leaves some people searching for specially made hypoallergenic toilet paper for sensitive skin.

A bidet provides a means to clearing your privates leaving it free of particles and dirt. Plus, modern bidets come in all kinds of models with a variety of functions. Some can even dry the area after rinsing it with water.

For those who are concerned about the environment, a bidet could be an easy way to take an eco-friendly step forward. Bidets can replace the need for toilet paper, or at least they can drastically decrease the amount of toilet paper someone uses on a daily basis. Besides the health benefits, the environmental advantages of a bidet make it an attractive choice for eco-warriors. For those who are worried about the water usage, keep in mind that it takes 37 gallons of water to make one toilet paper roll.

A bidet can be especially helpful for people suffering from certain conditions such as hemorrhoids, Crohn’s disease, and irritable bowel syndrome. A squirt of water from a bidet won’t irritate the bum as will dry, scratchy toilet paper.

For people dealing with diarrhea or constipation, the gentle splash of water from the bidet feels much more refreshing than toilet paper that clings to the butt. Even people who aren’t dealing with those kinds of problems will find that using a bidet is a welcome change.

Bidets Are Useful For Elderly, Disabled or Injured

Bidets aren’t just for young people who are environmentally conscious. The elderly find them to be useful, too. This device can give older people their independence back, at least in the bathroom. It can be embarrassing to have an assistant help out when it’s time to go potty. A bidet makes it easy to get cleaned up, and there’s no assistance needed. Moreover, bidets come in different varieties now.

There are even toilet attachments that will spray some water with just the push of a button. No need for elderly people to reach around or finagle the device. The same idea applies to people recovering from an injury and who might have trouble reaching around.

Bidets Can Save Money

It appears that owning a bidet can also help homeowners shave some dollar signs off of their monthly expenses.

A bidet will eliminate the need for excess toilet paper use, and over time that can translate into a couple of hundred dollars saved each year. Bidets are more affordable in the United States than ever before, so individuals shouldn’t worry about the cost of these devices. In the long run, it will pay for itself with the number of money families save on buying toilet paper.

On average, a family goes through a roll of toilet paper in just three days. It’s already easy to see how the savings could add up.

Most people dread plumbing issues, one of the most common causes of a clogged toilet is the volume of toilet paper (and waste) that

With a bidet, clogs are rarely an issue and they can actually help prevent toilets from clogging.  If a person uses a bidet, that means there is less toilet paper going down the toilet drain. That, in turn, means fewer chances for a clogged toilet or plumbing problems that require either a plunger, snake or professional plumber.

Having a plumber visit the house can cost a few hundred dollars, especially if the problem is particularly bad. A bidet can be an easy solution to this situation.

Most folks find it easy to hook up a bidet or bidet attachment to the bathroom’s water supply. It’s as simple as that. For those who make an argument for those flushable wipes, they’re not as good for the environment as a bidet and they pose the risk of clogging up the drain. In fact, most experts say wipes shouldn’t even be flushed.

Finally, bidets could bring more health and cleanliness to Americans all over the nation. Not only are the little sprays of water better for the sensitive skin on the hiney, but they also clear away excess fecal matter and bacteria that toilet paper might miss. Most people don’t want to think about it, but toilet paper can only get them so clean down there.

A bit of water can dismantle any residue and create a cleaner area. This would also combat some infectious diseases, especially considering the scary amount of people who don’t wash their hands after visiting the bathroom.

For those who are convinced that their booties would be better off with a bidet, there are plenty of models to choose from. Some of them allow users to control the temperature of the water, while others can even heat the seat up.

There are models that have adjustable streams and water pressure, too. The good news for Americans is that they don’t even have to buy an entire bidet; they can get good bidet attachment that works just as well. Click here to see our top picks for bidet attachments. 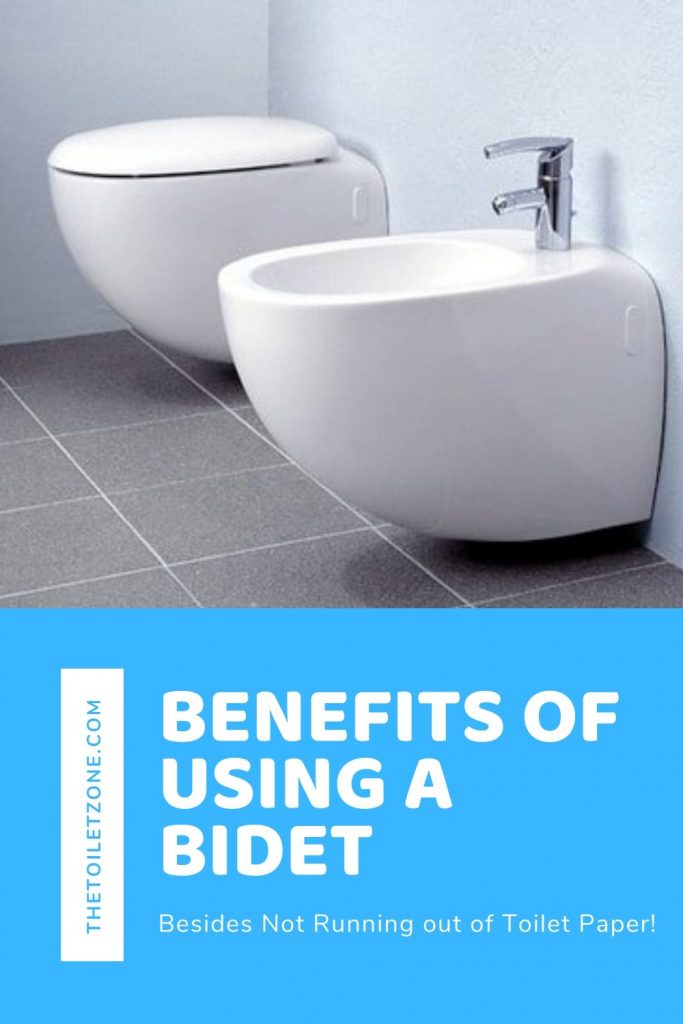