Back in the late ’70s, my parents bought a cabin in northern Minnesota, a very rustic and remote cabin on a lake. Although we did have running water, pumped directly from the lake, we did not have an indoor toilet for years. We actually only had an outhouse for the first decade we had the cabin.

Although you can buy store-bought pre-packaged cover material for composting toilets (we recommend this one), if you’re more of a DIY person – we think this homemade cover material mix is just as good if not better – and you can mix it yourself for a fraction of the price.

The best mix of cover material for a composting toilet:

I used to dread having to clean it out. Basically the container for the urine was no big deal, but if you didn’t get the mix inside the toilet right (i.e. let it get too wet) cleaning up the #2 part of the job was downright a nasty job!

At first, it was easy to blame the toilet and say that composting toilets just didn’t work.

However, I later learned it was mostly user error- we just were not using enough cover material or “bulking” material to dry out the contents – and we were trying to save money and ended up using some stuff that just didn’t do the job.  If you are looking for a store-bought option that is specially made for composting toilets, we used this mix from Sun-Mar for years and it works well. In a pinch, we still occasionally buy it.

However, if you are more of a DIY type of person, you can make your own similar mix of cover material and save money in the process.  If you want more details about how to locally source organic cover material for your composting toilet and how to make a mix similar to the store-bought one mentioned above- continue reading below.

My parents’ hippy friends were telling them to just use “natural” stuff from around the cabin including grass clippings, topsoil, and other things that sounded eco-friendly but really didn’t do much to dry out the contents of the toilet. In fact, some of the green material (like fresh grass clippings) were adding too much extra moisture to the mix- exactly the opposite of what we needed and made it worse!

Now, after decades of testing different bulking options, we’ve stopped that nonsense, and the process is a lot easier to manage.  We still do reduce the amount of store-bought cover material by using organic material from our own land but realistically it’s not always possible to -especially when we have lots of visitors (and waster production goes up at the cabin) or in winter when everything we could use is covered in snow.

Since then, my parents have upgraded to a newer composting toilet by Nature’s Head (which I’ve reviewed here).  First of all,  I think the toilets now just work a lot better than the early models that were made decades ago but also we’ve learned to use it the right way to keep it from getting messy. Over the years we’ve also experimented with lots of different locally sourced organic materials and store-bought mixes (bulking agents and cover materials) and found that some work much better than others.

Originally composting toilet manufacturers, like Sun-Mar, were putting in the instructions to use 100% peat moss. Since then, it’s been discovered that using just peat moss on its own can be too fine as the peat now sold for gardening has been micro-pulverized into a powdery texture. It is too fine for composting as it doesn’t allow enough air into the mix for aerobic composting. Because of that, composting bulking material designed for composting toilets like “Compost-Sure” sold by Sun Mar is now a mixture of peat moss and hemp.

If you would rather make your own, a good ratio of would be:

The bulking material helps dry out the contents of the toilet and creates airflow while the peat moss helps the decomposition and neutralizes odors.

Here are some of the things we tested over the years, some of these work- others not so much.

Advantages and Disadvantages of each:

Peat moss is mostly made of decayed vegetation found in bogs.  Peat is very absorbent and does an excellent job of drying out feces inside a composting toilet. However, there is a lot of concern over the ecological impact of using peat moss in gardening and other household applications. Proponents of permaculture gardening and other concerned citizens are actually calling for an end to the use of peat moss in gardening.  A big reason is that bogs take so long to produce peat moss -it’s not a resource that renews quickly- and digging it up can do long-term damage to bog ecosystems.

However, a lot of composting toilet users and manufacturers do recommend using peat moss as a top pick as a bulking agent.  As mentioned above a good compromise is to use 40% peat and bulk it out with 60% coir, wood shavings, hemp or other natural material. It’s proven to work better than 100% peat on its own and a plus is that you are consuming less peat and more of the renewable bulking material.

Here’s a good pick if you are looking for quality peat moss and it’s from North America:   Canadian Sphagnum Peat Moss.

DO NOT USE any kind of gardening peat moss that has added fertilizer such as Miracle-Gro® in your toilet.

Although it does reduce waste, there is some concern regarding the ecological implications and carbon footprint of using coir. Consider that most people in the US (unless you live in Hawaii) are pretty far from any coconut producing area so the idea of shipping coir halfway around the globe – to then throw it in the toilet may seem a little counter-intuitive.

The other main mark against coir is that it is sold in very (I mean VERY) compacted blocks. It’s nearly impossible to pull apart.  To use coir, it really has to be soaked in water to be reconstituted.  But it is relatively easy to do, you just soak it, then squeeze out excess water before you use it. The advantage is that you can buy a large quantity in a very compact block.  For example, this 12-pound block will expand to a volume of 17 gallons of material after it’s been soaked.

We do it in large batches by breaking the block in half and then soaking in large plastic tubs- or you could just use 5-gallon buckets.

The very fine dust from electric circular saws and sanders is too fine. You’re looking for shavings like those that you’d get from a carpenter’s plane, rough-cut lumber, or a very sharp chainsaw (not the fine dust you get when the blade has gone dull).

If you don’t have access to local sawdust or wood shavings you can buy affordable options like these hardwood shavings.

The disadvantage of straw for a composting toilet is that it really needs to be chopped up into much finer pieces than the large straw that you would get locally at a farm or feed & seed.  Straw sold in bales, etc would need to be chopped- which if you’ve never done it gives off a lot of chaff or dust and can get quite messy- and hard on people with allergies or hay fever.  For convenience, you can buy chopped straw.

But the reality is this is relatively unusual. If you have to go traipsing thru the woods bending woods and picking up a few needles here and there it’s way too time-consuming to make it worth your while– also you’re likely to get other debris mixed in with the needles that may or may not be so compatible as a composting medium.

Apart from cleanup after big storms with fallen trees and branches, part of living in the woods of northern MN is dealing with the trees on the property.  I wouldn’t recommend going out and buying a new wood chipper since that would be total overkill, but if you have one you could definitely cut your costs by getting the composting material from your own trees.

Note- if you have semi-composted wood chips or straw (without any kitchen compost) this will work well. It’s the partially rotting food compost pile I am warning against. If you have a straw bale that’s been left out in the weather and is wet and starting to break down, this is an option.  We had a pile of wood chips that we were meaning to spread along our walking paths, got busy with other projects and after sitting a couple of months of spring weather it was starting to break down and had actinomycetes starting to grow- this was good stuff.

Q) Can you throw toilet paper in a composting toilet?

A) YES, Toilet paper can be used in a composting toilet as it till break down along with other organic material. Although you don’t need to buy any special toilet paper, you may get better results with camping or RV toilet paper since it’s designed to break down and decompose more quickly than standard TP. If you are looking for an eco-friendly toilet paper option, check out our top picks for non-tree based tissue (bamboo) and special hypoallergenic toilet paper for people with allergies 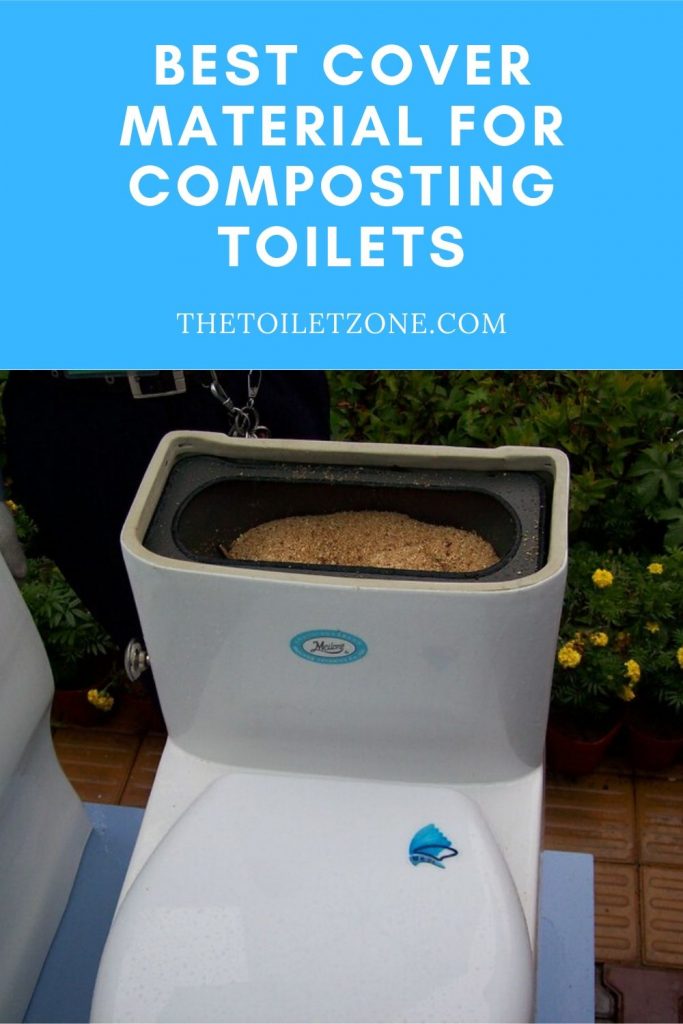