Aleppo Soap is one of the most highly valued natural soaps in the world. It comes – as the name implies – from the Aleppo region in Syria. In spite of the war that’s going on, the soap making has kept going in the area. In fact, due to recent events, the demand has even spiked up for Aleppo soap – especially in the Western market.

How Aleppo Soap is Made

Aleppo soap is created in one of two processes: hot and cold. Traditional soap making uses the hot process, which includes putting olive oil in a large vat (see image) together with lye and water. Under the vat is an underground fire which cooks everything to a boil. It boils for three full days. As the ingredients react together, forming a thicker soap-like liquid.

At the end of the process, the laurel oil is added. After mixing, it is transferred onto a large waxed paper sheet on the floor. At this point, the soap is flattened and green. It takes about a day to cool it down and let it harden. While cooling, planks of wood are strapped to workers’ feet. They then walk over the soap to smoothen it out and even out the thickness.

They cut the soap into cubes, and stack them up in cylinders to allow air exposure. After drying, they are placed in a subterranean chamber where they age for 6 to 12 months. During this time, the soap’s free alkaline content is broken down. Moisture is reduced, producing a hard and long-lasting soap. Finally, the color turns into pale gold on the outside – and remains green inside.

The more modern Aleppo soaps use the cold process. They have olive and laurel oils, mixed with different essential oils and herbs.

It still is unknown as the where Aleppo soap first came to be. There are claims to its antiquity, however unverified, that say it was used by Queen Cleopatra (Egypt) and Queen Zenobia (Syria). It is believed that the process came from the Levant region, where Aleppo is found, and spread to the West after the Crusades.

Today, the majority of Aleppo soap – especially those made of 16% laurel oil – is exported to East Asia and Europe.

No matter where it really came from, we can all agree that Aleppo soap has many benefits. Check them out.

Gentle to the Skin and Moisturizing

Because of the olive oil content, the soap is moisturizing and very gentle to the skin. Olive oil has antioxidants which restore the pH balance in the skin. The anti-inflammatory properties help with skin irritation, making it perfect for sensitive skin.

Aleppo soap is safe for all skin types. More importantly, it is great for skin with acne, herpes, eczema, psoriasis, bacterial dermatitis, fungal infections, dandruff, and seborrheic dermatitis because of the laurel bay oil content.

In addition to the antibacterial properties, Aleppo soap also contains antiviral and antifungal properties. This is thanks to laurel bay oil, coming from the Laurus nobilis plant, which was used as a remedy for such skin problems.

Where to Buy Aleppo Soap

There are many different places to get Aleppo soap today. We recommend going to stores who are partnering with or working with charities and nonprofits that are funding Syrian refugee programs. There are a lot – and here are our picks.

Alepia is now based in Santeny, outside Paris. It is an Aleppo soap maker whose sales in Asia and Europe blew up. This pushed the owner to get a bigger warehouse, hence the move to France. The owner, Constantini, shares how fragrant the soap is that their office and warehouse is filled with the healthy scent of laurel bay oils. In fact, Syrians used it to wash the most delicate items – such as baby clothing and expensive rugs.

The main soap maker, Hassan Harastani, left the war-torn Aleppo and went to Lebanon after running his own factory for three decades. Constantini asked Harastani to work for him in France. He now credits the soap for saving his life.

The Aleppo soap project exists to keep the traditional soap making craft alive. However, they want to tell the story of Aleppo differently than how media coverage showed it for years. Syria is going through really tough times. This company is working with a Syrian manufacturer and they transport the items through Europe.

One Million Soaps is another Aleppo soap maker that gives profits to a nonprofit that benefits Syrian refugees, called The Hunger Project. The Hunger Project is an organization committed to the sustainable end of world hunger. It has ongoing programs in Africa, Asia, and Latin America. You can visit the THP website for more information on helping out the people in need in affected countries.

Soap production is ongoing despite the ongoing war. The main goal of this brand is to support local people who want to rebuild their own economy, in spite of the negative things going on around them.

Sadly, some of these stores don’t ship to the US. But you can still get Aleppo soap on Amazon. Here is one Aleppo soap product available.

The Alus Natural Aleppo soap made with Extra Virgin Olive Oil and Laurel Oil comes from a line of delicate and nourishing products. It is highly hypoallergenic and gentle. It is rich in olive and laurel oil. It is completely biodegradable. Because of its composition, it is suitable for all skin types. 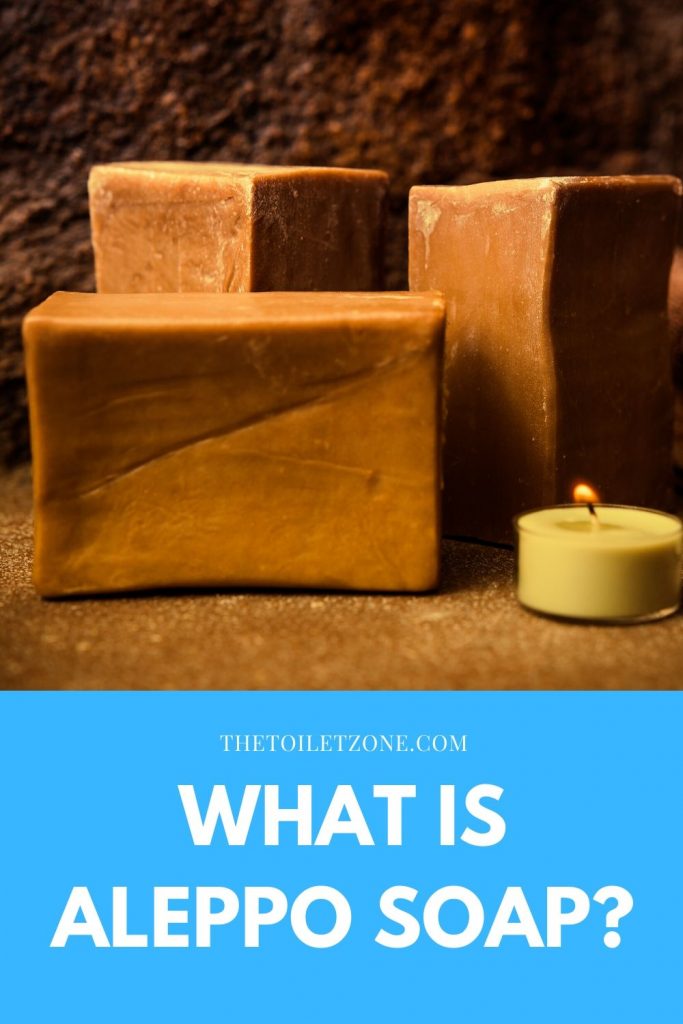